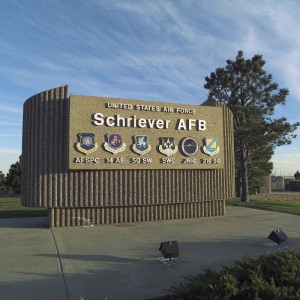 The history of Schriever AFB goes back to the decision to establish a new space control facility approved by the Secretary of Defense in September 1979. The site, formerly known as Falcon Air Station, was chosen from 12 possible sites and groundbreaking took place in May 1983. On June 5, 1998, Falcon Air Station was renamed Schriever Air Force Base in honor of retired General Bernard A. Schriever, who pioneered the development of the nation's ballistic missile programs and is recognized as "the father of the United States Air Force's space and missile program." Schriever AFB is the only Air Force base that was named after a person who was living at the time. General Schriever died in June 2005. For more information on Schriever's history, visit the installation's homepage.