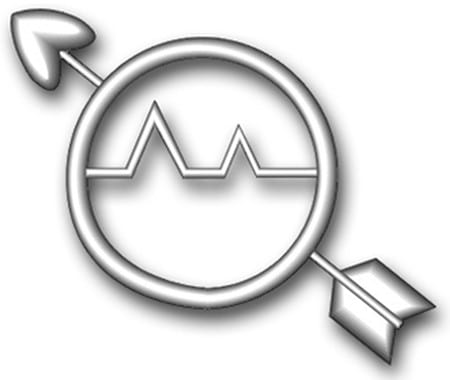 From Wikipedia, the free encyclopedia
(Redirected from Operations Specialist (US Navy))

Operations Specialist (abbreviated as OS) is a United States Navy occupational rating. It is a sea duty-intensive rating, with most of its billets located afloat and assigned to warships, primarily guided missile cruisers, guided missile destroyers and frigates, as well as aircraft carriers, amphibious assault ships and tactical air control squadrons.

The rating started from the Radarman (RD) rating. When the Radarman rating was split up into OS, Electronics Technician (ET), and Electronic Warfare Technician (EW) ratings, the original RD rating badge continued to be used by the Operations Specialist. It symbolizes the radar scope (circle portion of symbol) oscilloscope radar (A-scope) used to determine an air targets altitude (the two spikes in the line drawn across the scope), and the arrow represents the ability to detect the azimuth or direction of the target.

Operations Specialists aboard U.S. Navy combat vessels work in the Combat Information Center (CIC) or Combat Direction Center (CDC), aka: Combat, the tactical “nerve center” of the ship. Using a wide variety of assets available to them, they are responsible for the organized collection, processing, display, competent evaluation and rapid dissemination of pertinent tactical combat information to command and control stations, upon which sound tactical decisions may be made. Beginning training (called “A” school) for Operations Specialist’s was originally located at the Naval Training Center (NTC) in Great Lakes Illinois. In 1979 it was moved to Damneck, Virginia; the school has since moved back to Training Support Center (TSC) NAVSTA Great Lakes in Illinois. Intermediate and Advanced training are in locations like California, Virginia, and various locations throughout the United States Navy.

They interpret and evaluate presentations and tactical situations and make recommendations to the Commanding Officer (CO), CIC Watch Officer (CICWO), Tactical Action Officer (TAO), Officer Of The Deck (OOD), or any of their commissioned officer surrogates during various watch or combat/general quarters conditions. They apply a thorough knowledge of doctrine and procedures applicable to CIC operations contained in U. S. Navy Instructions and Allied Tactical or U.S. Navy Tactical Publications. Operations Specialists are responsible for maintaining the physical space of CIC as well as performing minor planned maintenance care of the equipment they operate. A minimum of a Secret security clearance is required for this rating, with more senior personnel holding a Top Secret clearance.

Operations Specialists provide to their shipboard or shore-based command a wide range of technical information and assistance related to Anti-Surface Warfare, Anti-Air Warfare, Anti-Submarine Warfare, Amphibious Warfare, Mine Warfare, Naval Gunfire Support, Search and Rescue operations, radar and dead reckoning navigation, overt intelligence gathering and transmittal, and other matters pertaining to the Operations Specialist’s area. They also have a working knowledge of protocols and procedures in Electronic Warfare, though this area is normally covered by its own occupational rating, such as Cryptologic Technician (CT) aboard ship or ashore, or Naval Aircrewman (AW) aboard specific naval electronic warfare and reconnaissance aircraft.

The duties performed by Operations Specialists include:[1]

The job of an Operations Specialist can be very intense and stressful while the ship is underway. They need to be able to think quickly, drawing on a large reserve of tactical and procedural knowledge and be able make calculations on the fly in the fast-paced and information-saturated environment of naval combat operations at sea.