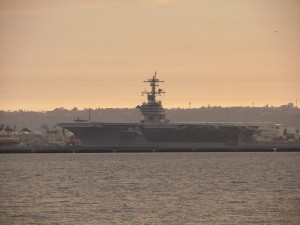 Naval Air Station North Island. North Island has commissioned a naval air station in 1917. The station, which was originally called the Naval Air Station, San Diego until 1955; was granted official recognition as the "Birthplace of Naval Aviation" by a resolution of the House Armed Services Committee on August 15, 1963.