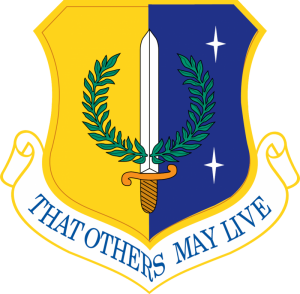 The airport is near the south end of San Francisco Bay, northwest of San Jose. Formerly a United States Navy facility, the former naval air station is now owned and operated by the NASA Ames Research Center. Tenant military activities include the 129th Rescue Wing of the California Air National Guard, operating the MC-130P Combat Shadow and HH-60G Pave Hawk aircraft, as well as the adjacent Headquarters for the 7th Psychological Operations Group of the U.S. Army Reserve. Until 28 July 2010, the U.S. Air Force's 21st Space Operations Squadron was also a tenant command at Moffett Field, occupying the former Onizuka Air Force Station.[1] In addition to these military activities, NASA also operates several of its own aircraft from Moffett.

By far the most famous and visible sites are Hangars #1, #2, and #3, which dwarf the surrounding buildings.

The Hangars One, Two, and Three, and the adjacent Shenandoah Plaza are collectively designated as a National Historic District listed on the National Register of Historic Places.