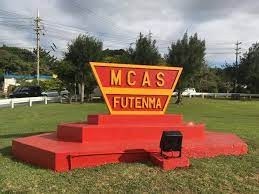 Marine Corps Air Station Futenma is a Marine Corps military facility located only 10 kilometers away from Naha, in Ginowan. It is one of the active installations run by the United States of America in Japan. It is part of the Camp S. D. Butler complex, which hosts ten different installations in Okinawa. The base, as well as all the others, has been commissioned after the amazing battle of Okinawa, which represented the most prestigious victory of the United States of America over Japan during World War II. It also came with an impressive number of casualties. The installation is also used by the United Nations forces and includes a 2.7 km long runway, multiple barracks, logistical buildings and administrative facilities. Unlike some of the other bases in the Camp S. D. Butler complex, this one has not been commissioned to the United States Marine Corps as soon as the Okinawa island was taken over. It hosts around 4,000 Marines, not to mention about the civilian contractors, families and workers.