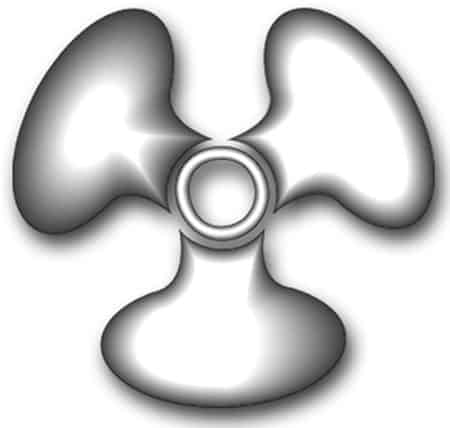 From Wikipedia, the free encyclopedia
(Redirected from Machinist’s Mate)

Machinist’s mate (or MM) is a rating in the United States Navy‘s engineering community.

According to the Bureau of Naval Personnel (BUPERS), the job of a machinist’s mate is to “operate, maintain, and repair (organizational and intermediate level) ship propulsion machinery, auxiliary equipment, and outside machinery, such as: steering engine, hoisting machinery, food preparation equipment, refrigeration and air conditioning equipment, windlasses, elevators, and laundry equipment. Operate and maintain (organizational and Intermediate level) marine boilers, pumps, forced draft blowers, and heat exchangers; perform tests, transfers, and inventory of lubricating oils, fuels, and water. Maintain records and reports, and may perform duties in the generation and stowage of industrial gases.” Enlistees are taught the fundamentals of this rating through on-the-job training or formal Navy schooling. Advanced technical and operational training is available in this rating during later stages of career development.[1]

The core job of a machinist’s mate is the engine room. A mechanic’s job in the engine room is to operate the steam plant that provides propulsion, electric power (along with Electrician’s Mates), potable water, and service steam to the ship. Machinist’s mates operate the boilers that generate the steam and use it to operate main engine (propulsion turbines), turbo generators, distilling units, and various auxiliary turbines. This job was previously performed by boiler technicians, however, the BT rating merged with machinist’s mates in 2000. Machinist’s mates working in the propulsion plants are often referred to as “pit snipes,” “hole snipes,” or just “snipes” for short.

Machinist’s mates responsible for the propulsion plant are found in machinery division (or main engine division, main propulsion division, etc. in some ships), commonly referred to simply as M-Division or MP-Division. On surface nuclear ships, propulsion mechanics are found in reactor propulsion division (commonly still referred to as M-Div), reactor mechanical division or reactor laboratories division. USS Enterprise was the exception, in that M-Division was still part of engineering department, as opposed to reactor department. Navy Times of 7 January 2013 reports the Navy will be realigning machinist’s mate, and engineman ratings. EN whose primary skills are in maintaining auxiliary engineering will become MMs. EN aboard ship will now concentrate strictly on diesel propulsion which powers many amphibious ships, while all surface shipboard auxiliary machinery work will be under the MM rating. This will affect almost 2000 ENs.

The other major place to find machinist’s mates is in the auxiliaries division of engineering department, often referred to as “A-gang”. Mechanics in this role establish training & work on mechanical equipment within and outside of the engine rooms. To include the operation and preventive maintenance of: air conditioning and refrigeration units, liquid oxygen and nitrogen units, hydraulic lifting and hoisting gear, hydraulic power plant components and mechanisms, chilled and fresh water, atmosphere control, ventilation, emergency diesel and corresponding sub-systems, ballast control, auxiliary drain, compressed air and gases, plumbing, trash disposal & other equipment as designated by the engineering officer (chief engineer, or CHENG). Members of “A-gang” may also help damage controlman, gunner’s mates, or other ratings. Some listed attributes apply to submarine warfare to include SUBSAFE requirements for work authorization. All systems listed apply to a minimum of valve, pump maintenance repair.

Some MMs are qualified to work on nuclear propulsion plants. They are designated as machinist’s mate nuclear (MMN), though the N is generally only used for the purposes of billeting and advancement exams. These mechanics go through a rigorous training program consisting of three months at the Nuclear Field “A” School, six months of Naval Nuclear Power Training Command and six months at one of four Nuclear Power Training Units (prototypes). Two NPTUs are moored training ships (MTS) using S5W reactors located at the Naval Weapons Station in Charleston, South Carolina, and two additional NPTUs are land-based prototype units using an S7G reactor and an S8G reactor located in Ballston Spa, New York. This course of instruction is commonly referred to as “the nuclear-power pipeline.”

MMNs earn a 3385 NEC (surface) or 3355 (submarines) upon completion of prototype. Along with the normal duties of a propulsion mechanic, they are responsible for the operation, maintenance, and repair of the auxiliary equipment in support of the naval reactors under their care. Later in his career, the MMN will qualify his/her senior in-rate watchstation (chief reactor watch for surface MMNs in reactor mechanical division, chief machinery operator for those in machinery division, and engine room supervisor for submariners).

Additionally, some MMNs are designated as engineering laboratory technicians (NEC 3386 for surface, 3356 for submariners) following successful completion of an additional 13 weeks of training. ELTs are water chemistry and radiological controls experts for their commands. After completion of required watchstation qualification, submarine ELTs may complete an additional supervisory qualification card in order to be assigned a supervisory NEC of 3366. This designation is important insofar as it garners additional pay and consideration during advancement.

Also, on submarines, some MMNs are designated as submarine nuclear propulsion plant emergency welders (NEC 3351). They go through a two month school learning welding, brazing, and soldering from hull maintenance technician senior enlisted welders. Each submarine is required to have at least one of them to go underway. They are on board to provide emergency repairs to the reactor plant if necessary to get the ship back to port where professional welders can complete a certified repair.

The range of machinist’s mate ratings include:[2]