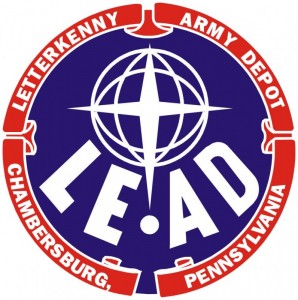 Letterkenny Army Depot, the Center of Industrial and Technical Excellence (CITE) for Air Defense and Tactical Missile Systems, was established in 1942. The depot is under the command structure of the U.S. Army Aviation and Missile Command (AMCOM). The facilities at Letterkenny are used to conduct maintenance, modification, storage, and demilitarization operations on tactical missiles and ammunition.

Letterkenny has unique tactical missile repair capabilities repairing a variety of Defense Department missile systems, including the MIM-104 PATRIOT missile and its ground support and radar equipment. Most recently, Letterkenny has expanded its product line to include designation of the CITE for Power Generation for the Army, the overhaul of tactical wheeled vehicles (HMMWVs), material handling equipment (7.5-ton cranes), and Mobile Kitchen Trailers. In 2007 during the IRAQ conflict Letterkenny began building new Mine Resistant Ambush Protected (MRAP) armored vehicles in partnership with BAE Systems and in 2010 was designated the Joint Depot Source of Repair (JDSOR) for Route Clearance Vehicles for the Department of Defense.