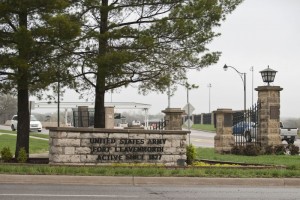 Fort Leavenworth, Kansas is the oldest continuously operating military installation west of the Mississippi River. This historic post, noted for its campus setting, open green spaces, and hometown character, is the home of the US Army's Combined Arms Center (CAC). CAC, as a major subordinate headquarters of the U.S. Army Training and Doctrine Command, has often been referred to as the "Intellectual Center of the Army". It is, in many regards, "home base" for the majority of field grade officers across the Army.

Since 1882, CAC and its predecessor organizations have been engaged in the primary mission of preparing the Army and its leaders for war. At present, this mission is divided between preparing the Army for the Global War on Terrorism and transforming it to meet future threats.

Fort Leavenworth is the oldest active Army post west of the Mississippi River and has devoted more than 170 years of service to the nation. Established in 1827, Fort Leavenworth has one of the largest and oldest National Historic Landmark Districts in the Department of the Army. In 1881, Gen. William T. Sherman established the School of Application for Cavalry and Infantry. That school evolved into the U.S. Army Command and General Staff College which is still at Fort Leavenworth. For more information go to the Fort Leavenworth homepage.

Fort Leavenworth, Kansas, where great leaders have served, overlooks the Missouri River, on the border between Kansas and Missouri. Fort Leavenworth is located in the heartland of America near the geographical center of the United States. Its campus setting, open green landscape, and hometown friendliness enhance Fort Leavenworth as a historical landmark.