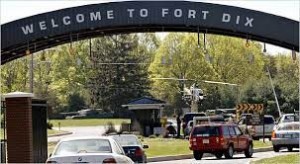 Fort Dix is a US military installation located in Burlington County, New Jersey, US. Established in 1917, it was made a permanent garrison and named Fort Dix in 1939. The primary mission of the fort is to mobilize, train and deploy army troops. It also provides financial, administrative, and logical support. It is a major training center for the Reserve Component Soldiers and includes the Army Reserve and National Guard.

Fort Dix is part of Joint Base McGuire-Dix-Lakehurst (JB MDL), an installation made up of McGuire Air Force Base and Naval Air Engineering Station Lakehurst.